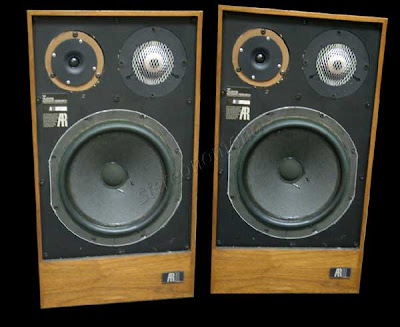 The AR-11 is the most accurate speaker system ever made by Acoustic Research. Its performance, drivers, and crossover are identical to those of the AR-10π, except that the Ar-11 does not incorporate a Woofer Environmental Control and the associated crossover components. The AR-11 is designed for optimum performance when placed against a wall, as on a bookshelf, or slightly away from two room surfaces, as illustrated.

The AR-11 uses a substantially improved version of the 305 mm (12 in) woofer with which Acoustic research introduced the acoustic suspension principle to home listeners, as well as the hemispherical dome midrange of the AR-3a. It also uses a newly designed 19 mm (3/4 in) highrange based on the original high-frequency dome radiator introduced by Acoustic Research in 1959. This highrange driver incorporates new diaphragm materials, voice coil, and construction techniques that have produced significant improvements in performance over earlier versions. it has a lower resonance frequency and more extended high-frequency response, plus greater efficiency and higher available output. 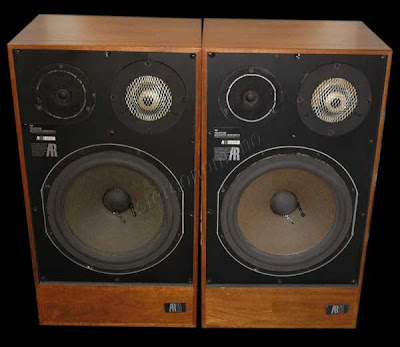 These drivers are used with a new crossover network to produce a speaker system with uniformly dispersed flat energy output to the highest audible frequencies. It is able to transmit the information from a program source to listeners in most locations in a room with an unprecedented degree of accuracy.

A pair of three-position switches provide a means of decreasing the overall level of the midrange and highrange drivers in 3 dB steps. The "0" position of the switches should provide the most listening rooms, while the "-3 dB" and "-6 dB" settings are useful for compensating for the effects of more reverberant, or "live" rooms.

The AR-11 shares many of the appearance features of the AR-10π, including an easily removable precision-machined foam grill, which was chosen for its near-perfect acoustical transparency. 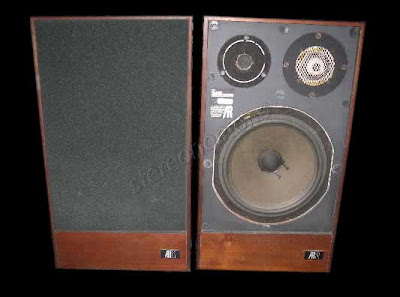 Maybe used with amplifiers capable of delivering up to 150 watts continuous power per channel being driven to clipping 10% of the time, on normal music source material