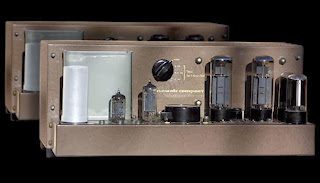 The Marantz Power  Amplifier has been designed and constructed to give a long, trouble-free life of line listening quality. Here is the type of performance and workmanship that previously was found only in high quality Broadcast or Laboratory equipment. A built-in metered test instrument permits simple, accurate adjustments for optimum performance. 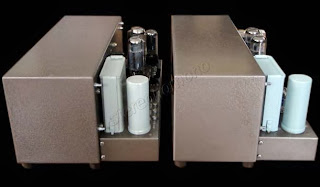 "The Model 2 power amplifier followed in 1956. largely completed by Sidney Smith, it was a very successful tube design using EL34's in ''ultra-linear'' (push-pull) configuration.
… some sources cite the Model 2 as the beginning of Smith's exclusive concentration on power amplifiers while Saul focoused his attention on preamplifiers,…" (from Marantz History) 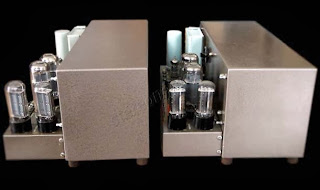 40 Watt / 20 Watt Switch
This unit has been designed primarily as a 40 watt ultralinear amplifier. Speaker systems of a lower power rating could easily be damaged by unwanted pulses coming through at full power. To protect these systems we have incorporated a switch which changes the output connections to Triode operation limiting the power output to 22 or 23 Watts. This control, located near the output terminal strip, is marked '40 Watt UL' and '20 Watt TRI'. 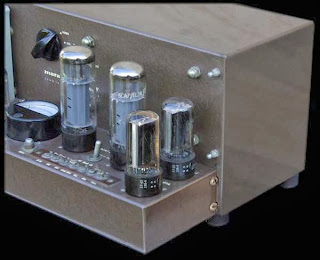 Input Connections
There is a choice of three input connections to the Marantz Power amplifier.
Pre-Amp: This input is recommended for most preamplifiers. At this connection a 2 volt signal will drive the amplifier to it's full output. A subsonic filter rolls off frequencies below 20 cycles so as to supress speaker "breathing" and other subsonic disturbances.
High Gain, Filtered: For preamplifiers that have a low output voltage capability. Also may be used where loudspeaker has very low efficiency. A signal of 0,7 volts is required here for full 40 watt output. Subsonic filtering is also in effect.
High Gain, Unfiltred: Same as above in sensitivity but without the subsonic filter, response being maintained to below 2 cycles. This input is direct to the input grid and is used in testing frequency response or for special applications where subsonic response is needed. 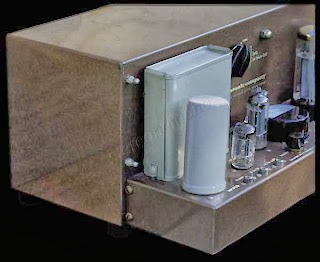 Output Connections
When not using Variable Damping:
Use "Ground Return" (center terminal) on loud speaker output terminal strip together with impedance tap on right which matches speaker.
Variable Damping control must be switched off for proper operation.
To use Variable Damping:
Instead of usual ground return, connect to corresponding "Variable Damping Return".
Turn "variable Damping" control on and adjust to desired damping factor. 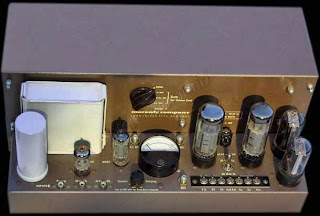