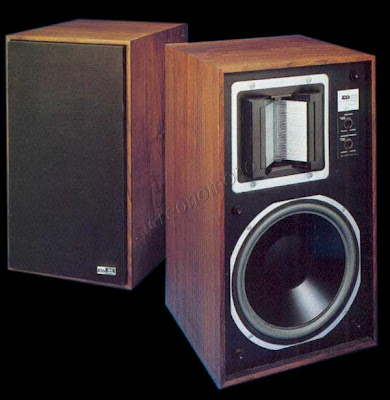 Audible excellence is desired of every component in a high fidelity system. But the finest electronics can sound only as good as the loudspeakers they are played through. The newly refind and improved amt-1b Bookshelf owes its excellence largely to the Heil Air-motion transformer midrange-tweeter, the most revolutionary loudspeaker development of the past half-century. Unexcelled system coherency and balance is made possible by technically advanced crossover circuitry and newly improved low frequency system. Equal care in the construction of the handsome cabinet assures structural rigidity and acoustic superiority. The amt-1b Bookshelf is the finest bookshelf system ESS makes. Indeed, it is one of the finest in the world.

The remarkable Heil air-motion transformer is truly a monumental breakthrough in loudspeaker design, far superior to conventional cone drivers. The heil's light-weight Teflon diaphragm, equivalent in surface area to an eight inch midrange, is accordion-folded into a one inch pleated band. The diaphragm squeezes air between its pleats at five times its own speed, resulting in extremely swift air acceleration. 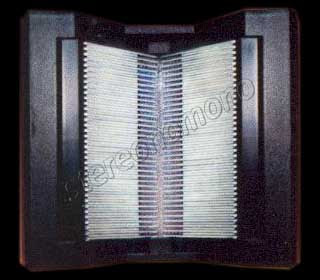 Each characteristic of the Heil contributes to an actual, audible superiority:

Folding this large area into a small point source results in superior dispersion and freedom from "boxiness".

The low mass of the lightweight diaphragm yields high efficiency and "instant acceleration".

The accordion-like pleats provide an evenly distributed drive. By preventing cone "break up", the pleats contribute to the Heil's great clarity and high definition.

The versatile amt-1b Bookshelf is the most compact system to incorporate the full-size Heil, the same one found in the incredible Transar/atd full-range Heil sound system by ESS. This newest version of the "Great" Heil offers a smoother, flatter response, owing to a new refinement in the folded "hinge" area of its diaphragm.

The superiority of the Heil air-motion trnsformer over conventional drivers is as dramatic as that of a jet aircraft over an old propeller plane. It is simply superior in too many ways and by too great a degree to be comparable. 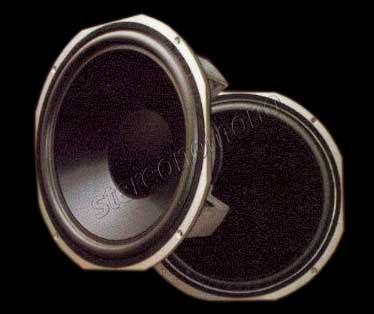 Like the floor-standing 1b, the Bookshelf is equipped with an exceptionally rugged vacum-formed Bextrene low frequency driver newly improved and built entirely by ESS. Developed by BBC studio engineers for studio reference systems. Bextrene is a polystyrene compound with exceptional properties not found in pulp cones:

A rear-mounted 12" passive radiator operates in tandem with the Bextrene woofer to augment bass response. The passive radiator serves the same purpose as a port, but avoids the distortion added by a port or the loss of efficiency inherent in acoustic suspension systems.

Improved phase response, greater power handling capability and improved driver damping in the crossover region are all results of the 1b Bookshelf's completely new frequency dividing network. This sophisticated parallel type 1,000 Hz crossover assures proper matching of the woofer with the Heil by means of a steep 18 dB per octave slope.

The amt-1b Bookshelf now includes the same dual controls as the floor-standing system. They allow the listener to achieve precisely the midrange and high frequency performance desired.

The uncompromising performance of the amt-1b Bookshelf is also due in part to a cabinet design that is acoustically efficient as well as handsome. Each is made of select walnut veneers and is meticulously hand sanded, oiled and waxed to a silki sheen. An acoustically transparent rich brown grille provides the perfect finishing touch.

The amt-1b Bookshelf is, in every detail, the finest instrument ESS is capable of making in this convenient format. Keenly responsive faithfully accurate the 1b Bookshelf is the ultimate bookshelf system. 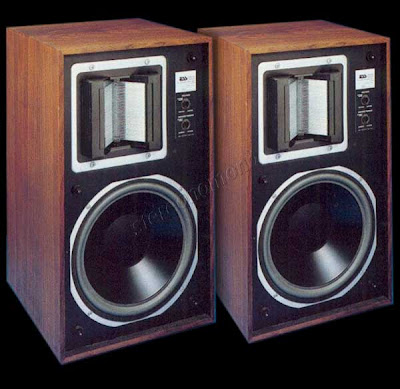 Presence/Brilliance: Continuously variable attenuation from +3 dB to -∞ from 1,200 Hz to beyond audibility