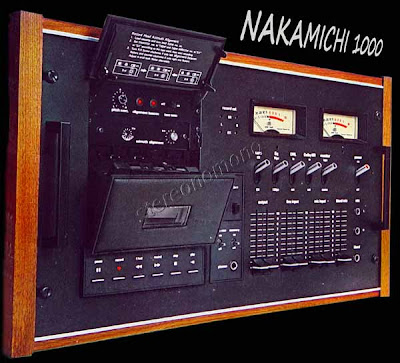 "TRI-TRACER NAKAMICHI 1000"
The world's first 3-head cassette deck with quality and performance comparable to the professional 15 ips. reel-to-reel deck. NAKAMICHI RESEARCH INC. has finally overcome the fundamental handicaps of cassette tapes - such as 1 - 7/8 ips. tape speed and 0,6 mm track width restricting the available electro-magnetic energy to less than 10% of that of the reel-to-reel tape - with the high precision tape transport mechanism, sophisticated circuitry, specially designed heads and many other advanced features which assure the easiest and foolproof operation with the highest level performance. 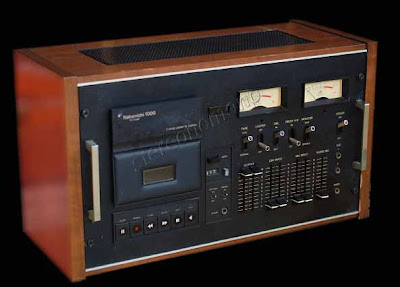 "TRI-TRACER"
Is a pet name created by NAKAMICHI RESEARCH INC. for a series of professional quality 3-head cassette decks starting from Nakamichi 1000 as a top of the line. "Tri-Tracer" is a 3-head system which traces the fundamental performance of the tape deck in terms of frequency response, distortions, signal-to-noise ratio and wow and flutter with the highest possible standards. 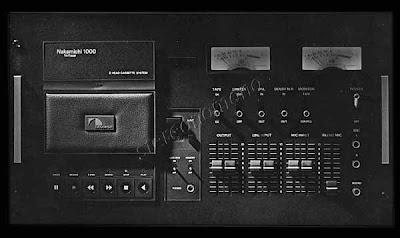 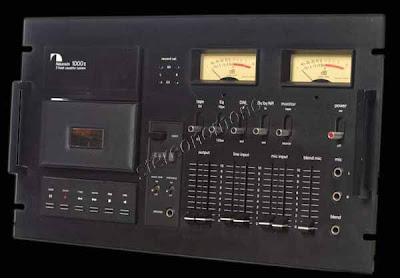 ALIGNMENT BEACON
A unique and simple way in which a pair of pilot lamps flicker alternately when a correct head azimuth alignment is obtained. It eliminates the poor high-end response and phase shift created by the change in tape running condition due to dimensional difference among various brands cassette tape enclosures.

3-HEAD CONFIGURATION
Completely separate record, playback and erese heads configuration permits instantaneous off-the-tape monitoring and ensures the best possible frequency response, up to 20 kHz constantly. The record head is ofhi-Mu ferrite with a 5 micron gap designed to obtain deep and intensive recording. The playback head is of special hi-Mu hard permalloy cores and thin titanium film spacer which enables the gap to be as narrow as 0,7 micron.

DOUBLE NOISE REDUCTION SYSTEM
The Nakamichi 1000 is also unique in having two independent noise reduction systems, the one is the Dolby NR system and the other is the Dynamic Noise Limiter (DNL) system. By using two suppressed by more than 13 dB. The Dolby NR system has independent circuitry in recording and playback and instant monitoring of Dolbyized recording is available. The DNL system works inthe playback mode and effectively suppress the noise in the frequency range of around 10 kHz.
PITCH CONTROL
Any speed within the range of ±6% can be selected. This control is for correction of tape speed previously recorded off speed, and for playback at higher and lower pitch in music lessons and other wide applications. 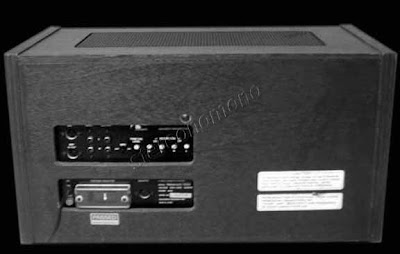 DP PEAK LEVEL METER
The Nakamichi 1000 is equipped with level meters indicating the peak level in recording so that they effectively eliminate the risk of over-recording. 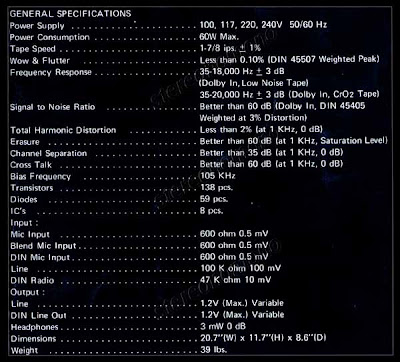